Why Is a High Cadence Useful For Runners?

One of the few things that make science and medicine beautiful is experimental reproducibility. This is when a study is repeated in different settings, by different people and yet produces the same result.

It is also rare when a simple idea can be immediately transferred from the lab to the real world. Such is the story of running cadence, whereby increasing one's steps per minute can reduce running forces that are associated with running injuries.

Heiderscheit et al. (2011) asked 45 healthy runners to run on a treadmill at their preferred cadence, and to increase their cadence by 5% and 10% by following the beat of a metronome. The researchers compared the amount of energy absorbed by the runners’ lower limbs (hip, knee, and ankle) while running at different cadences.

What were their findings?

When runners increased their cadence by 10%, they tended to reduce step length, “vertical bounce”, and braking by striking the ground closer to their body – all of these things help to decrease forces on the legs when running. When cadence was reduced by 10%, the opposite effects happened.

And there are many more studies (see below). 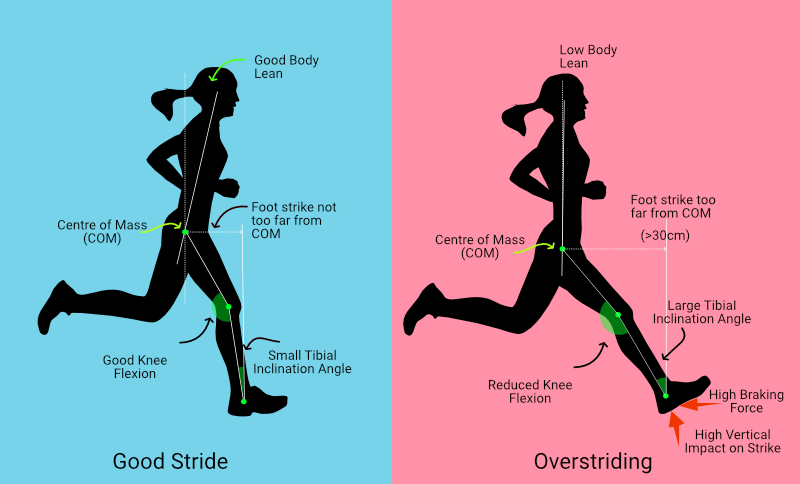 For example, increasing cadence has been shown to reduce loads on:

Bramah et al. (2019) even showed that increasing cadence in a single retraining session reduced knee loading and symptoms in people with knee pain at 4 weeks and 3-month follow-ups.

Increasing cadence reduces forces everywhere, instead of “shifting” them somewhere else.

For example, if you have knee pain and want to reduce loads at the knee during running, you can do this by wearing more minimalist shoes (Sun et al. 2020). However, this shifts the loads from the knees to your feet/ankles, which might increase your risk of getting a foot or ankle injury in the short-term if done too quickly.

What are the take-home messages?

Want to learn more about cadence?

As always, this post is not meant to be medical advice. If you have any questions about running cadence and injuries, please consult a healthcare professional to address these concerns.

Jean-Francois Esculier is a Speaker and Leader of Research and Development at The Running Clinic. He practices at MoveMed Physiotherapy, a specialized clinic recommended by The Running Clinic based in Kelowna, Canada.