Are your flat feet stopping you from running?

On a cool Friday night in April 2018, I was once again wondering if my flat feet could once again handle running five kilometres without any orthotics. I was fine for the first three, it was always the fourth when the vague dull pain crept into the sole of my foot.

To break the fourth kilometre, I would usually tell myself to anticipate the pain and slow down a tad. But today, I told myself I would embrace the dirt track pushing on the bottom of my orthotic-free shoe. As I started my 13th lap, I had to fight a sudden anxious urge to slow down; I had run 4 kilometres without any orthotics again and surprisingly, I felt very good.

How was this possible? 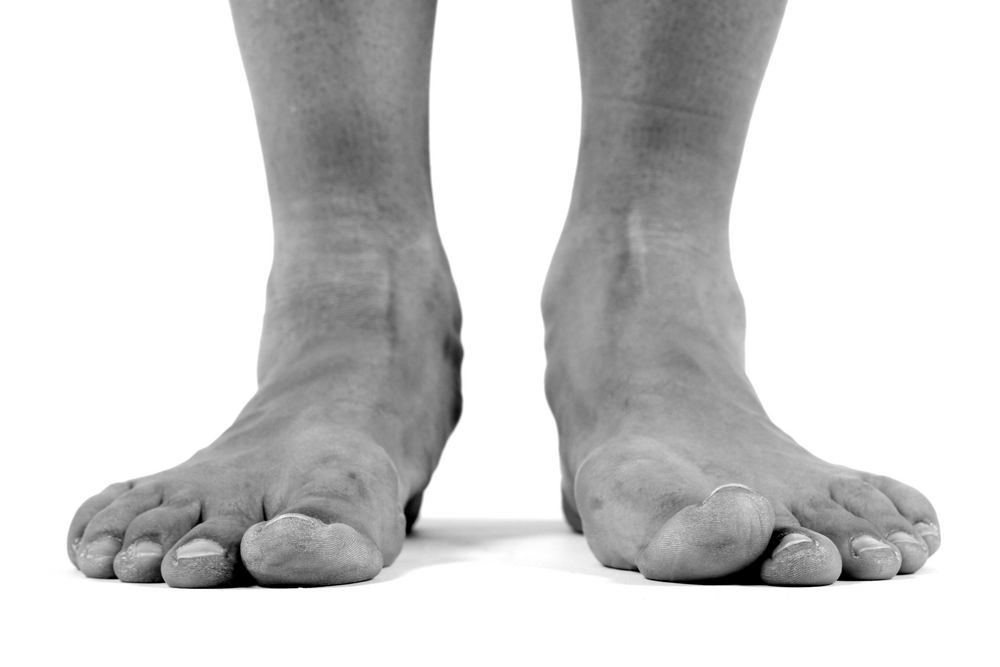 Years ago when my malady started, I was told by a physician and physiotherapist that the foot pain I experienced during running and walking was due to a condition called pes planus, or, more commonly, known as “flat feet”. In fact, it is so common that some studies have found that up to 23% of the U.S population may have it.

The visual description of flat feet is quite obvious: the medial arch is flat and the heel is everted. I was told this anatomical feature was the source of my running woes and that I needed orthotics and to avoid running barefoot. This piece of (mis)information stayed with me for years, and I believed if I did not have my orthotics in my shoes then I would be in persistent pain with any amount of walking or running.

At first this outdated concept seemed intuitive to me: if I had pain in my foot when running, the best thing to do was to protect it with a cushioned shoe and orthotics… Right?

Luckily, JF Esculier was one of my professors in physiotherapy school. He was the first person to tell me that treating my foot pain would require me to do the opposite: slowly wean off my orthotics and build resilience in my intrinsic foot muscles (Huffer et al. 2017).

And now, a few years later, I have boosted my running distance from 5 km to many half marathons – all without foot pain and orthotics, yet still with two very flat feet. It was liberating to not feel succumbed to a life sentence of wearing big, bulky shoes with orthotics in them.

As a physiotherapist who is trained by The Running Clinic, I now enjoy liberating clients struggling with “flat feet” or other myths that may be limiting them from running, by implementing the most up to date science and tools to get them running again pain-free.

Do flat feet have any significant relationship with injury?

A prospective Australian study in 2005 compared three foot shapes of 230 military recruits (normal feet, flat feet, cavus feet) over a 10-week training course. Outcome measures were lower limb pain and injury at baseline and at 8 weeks. At the end of the study, the authors found no significant difference between foot shape and pain or injury.

Following this, a 2013 meta-analysis found that non-neutral foot shapes (flat feet and cavus feet) were associated with lower limb injuries but the strength of this association was low. More importantly, the authors remarked how the strength of this relationship was dependent on how clinicians identified a flat or cavus foot.

In 2022, a systematic review and meta-analysis compiled data from 30 prospective studies (n=3,404 runners) and showed that foot posture type is not associated with increased rates of injury.

However, it is important to not stay stuck in the “protection phase” forever. With gradual progressions, you can improve the strength of your intrinsic foot muscles and increase your walking and/or running volume without pain – whether you have “flat feet” or not!