Inappropriate self-medication is a public health concern. Wisely using a medication involves several steps to ensure that the expected benefits are optimized while minimizing potential side effects. 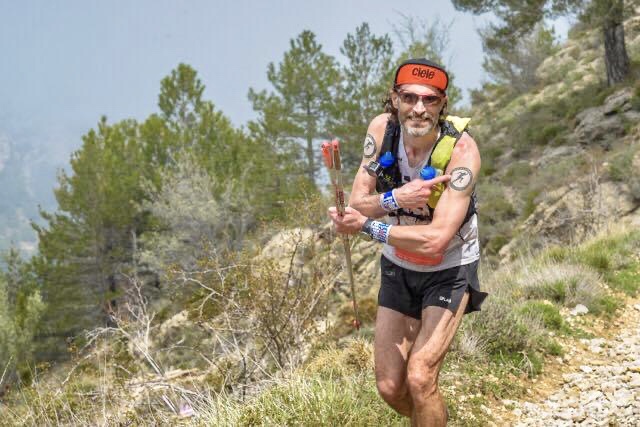 In this section, I will review the most common reasons why athletes turn to medication and discuss wise use of medication. 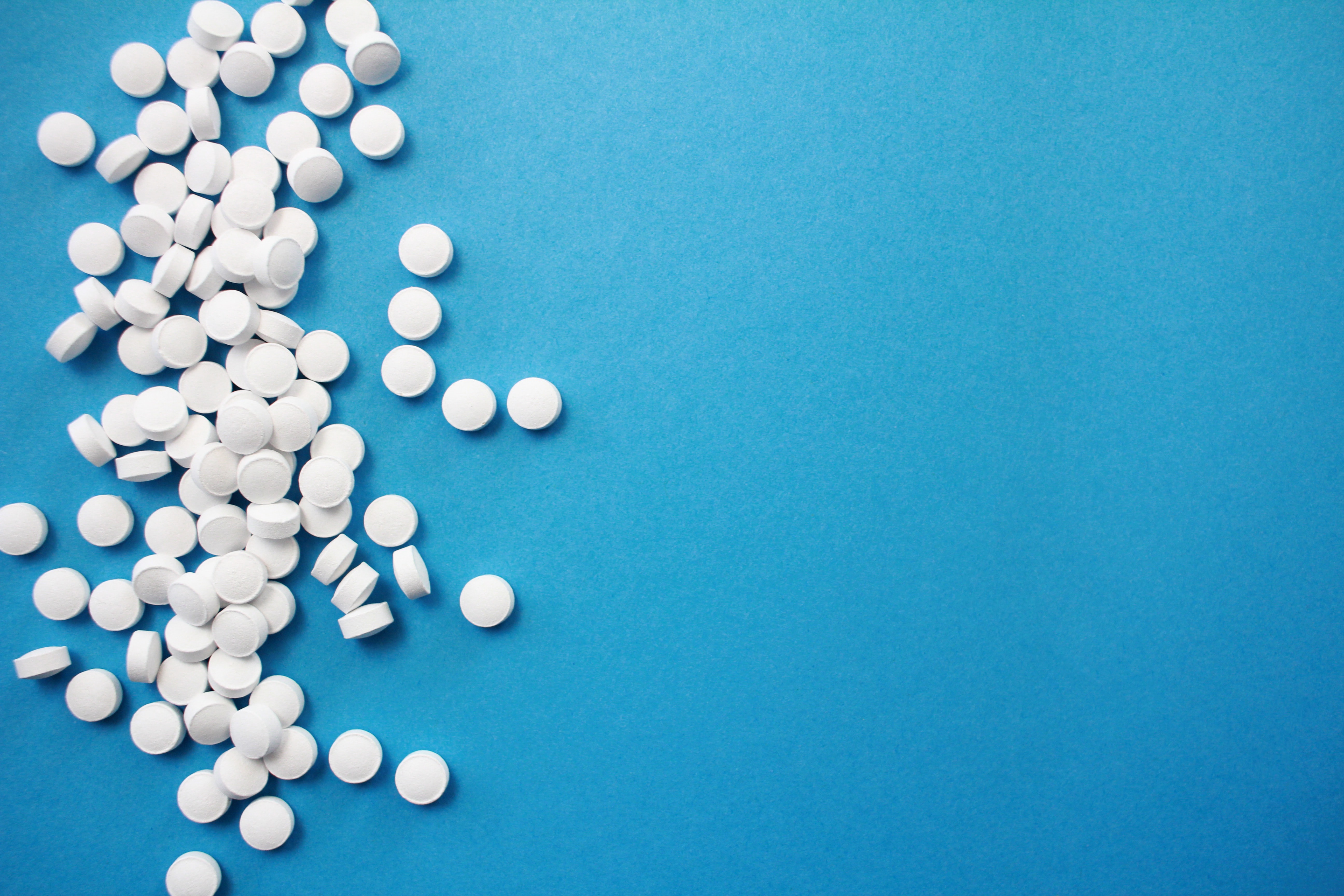 Many runners use NSAIDS (non-steroidal anti-inflammatory drugs) on a routine basis to reduce training discomfort or to reduce the perception of discomfort and improve performance during a run.

Within this class of drugs are ibuprofen (Motrin and Advil), naproxen (Aleve and Naprosyn), celecoxib/COX-2 (Celebrex), indomethacin (Indocid), meloxicam and diclofenac (Voltaren), to name a few.

The analgesic effectiveness of NSAIDs is well recognized but varies significantly from one condition to another depending on the type and chronic nature of an injury. “Acute” ligament injuries could potentially benefit from “short” NSAID use in the inflammatory phase of the injury, which would be a maximum of a few days. However, this is being challenged. Some studies involving ankle sprains have shown that ligament laxity is increased after six months, with reduced range of motion in joints and a higher recurrence rate among NSAID users. Could this be due to an early return to activity or the use of NSAIDs? Pain persists.  NSAIDs have now been shown to slow the healing of fractures by altering certain hormones called prostaglandins. Therefore, their use is to be avoided for stress fractures, which are common in runners. Tendinopathies caused by excessive strain (Achilles tendinopathy, patellar tendinopathy, patellofemoral syndrome, iliotibial band syndrome, etc.) are not inflammatory conditions. This is why the term “tendinitis” now replaces “tendinopathy”, which better represents the non-inflammatory phenomenon due to excessive load that is actually occurring. As a result, there is little benefit to be gained by treating these non-inflammatory conditions with NSAIDs.

According to a study published in 2013 in the prestigious British Medical Journal, at least 50 percent and as many as two thirds of runners use NSAIDs before a marathon and about 10 percent of them take doses above what is recommended. However, several recent well-designed studies have shown that the prophylactic use of NSAIDs does not alter perception of leg pain during an endurance event and does not improve performance.

The side effects of taking NSAIDs are significant and should be taken seriously. Approximately 12% of runners who have taken NSAIDs will experience side effects. The higher the dose taken and the longer it is taken, the higher the incidence and severity of the negative consequences will be.

Three types of side effects stand out:

By far the most common side effects, they are worse when NSAIDs are taken on a regular basis. Studies show that the incidence of gastritis and gastric or duodenal ulcers occurs in 15-30% of regular users.

During an endurance or ultra-endurance event, blood is diverted away from the digestive system to the muscle groups during exercise, whose oxygen demand is increased. The stomach and intestines become irritated and more vulnerable. Another interesting fact is that abdominal cramps that lead to dropping out of an event are also more common among runners who have taken NSAIDs.

Prostaglandins are important hormones involved in proper kidney function. Blocking them with NSAIDs is a significant risk factor for kidney failure. The risk is significantly increased if we combine this with dehydration (which is a major issue for endurance events) and muscle breakdown. Release of muscle proteins known as CK is promoted by sustained, mostly eccentric exertion (when the muscle exerts itself by stretching as in sustained downhill runs) which can cause kidney damage.

Furthermore, according to preliminary studies, the feared state of “hyponatremia” (water intoxication) in ultra-marathon runners is more common when NSAIDs have been taken. We do not yet fully understand the mechanisms at play to explain this second observation, however, and more research is needed to develop clear recommendations in this regard.

Considering all of this, it is important to stress that there are alternatives to NSAIDs. Studies have shown that acetaminophen (Tylenol) has analgesic activity similar to that of NSAIDs and a significantly less harmful side-effect profile when a maximum dosage of 4 g/24 h is followed. It should also be noted that ice is an excellent analgesic and anti-inflammatory tool.

One thing is for sure, the use of NSAIDs during endurance and ultra-endurance events should be banned and awareness should be heightened by event promoters. If NSAIDs are truly needed during training, adding gastric protection such as PPIs (Pantoloc, Dexilant, Nexium) or H2-blockers (Zantac) significantly reduces the risk of gastric side effects (by more than 50%). Lastly, gel preparations (Voltaren Emulgel) are an attractive option for reducing the systemic side effects of NSAIDs without reducing their efficacy.

Generally speaking, burying our heads in the sand and trying to mask pain at all costs to get ahead of a return to training rarely “pays off” for an athlete. It is better to take the time necessary to heal completely and make a good gradual return by consulting a specialized and competent professional. I recommend the excellent new traumatic injury treatment acronym "PEACE & LOVE" suggested by The Running Clinic.

Intestinal discomfort is prevalent in endurance events and nausea is at the top of the list. Medication is the last resort, but if the latter is considered, only Ondansetron (Zofran), available in prescription form and has a genuine ability to counteract nausea. The well-known Dimenhydrate (Gravol) is actually very ineffective against nausea and can cause unwanted drowsiness when running. Taking antacids (Pantoloc, Dexilant, Nexium, Zantac, Pepcid) can also help reduce heartburn, but will not be very effective once symptoms are established. Diarrhea is also among the discomforts caused by endurance events. Often, it is caused by excessively high intakes of carbohydrates or by the release of endotoxins during exertion-related intestinal pain. Loperamide (Imodium) may be taken in a moment of desperation, but will not help with intestinal distress or osmotic diarrhea. Side effects such as intestinal cramps, nausea and dizziness are common.

Ticks are now firmly entrenched in the landscape for Quebec trail runners. To significantly reduce the risk of spreading Lyme Disease, it is recommended to examine yourself after each outing to ensure that you remove any insect attached to the skin within 24 hours. It is very easy to dislodge these small bugs using eyebrow tweezers (usually included on small pocket knives). It is necessary to carefully unhook the tick's claws without pulling them out so that nothing is left on the skin.

Two criteria must be satisfied to justify prophylactic antibiotic use following an exposure. First, the runner must be in a high-risk area where more than 20% of the ticks are carriers of Lyme disease and second, the runner must have taken more than 24 hours to dislodge the insect. A single 200 mg dose of Doxycycline is available when these conditions are met. This dosage will be effective at reducing one’s risk of Lyme disease if administered within 72 hours of insect detachment.

Discomfort in the perianal region is common for ultra-distance events. Simply applying Vaseline as a barrier cream can save you a lot of trouble.

The best way to prevent sunburns is to reduce exposure. Breathable fabrics that cover exposed surfaces are a runner's best friend. This includes both sleeves and hats. Sunscreen should be applied repeatedly.

The most common allergen encountered on trails is definitely poison ivy. However, there are many other plants and insects that can threaten runners. Wasp stings should be taken seriously.

Runners who know they are affected by anaphylactic-type allergies must carry several Epipens with them. During a severe allergic reaction in a remote environment, the effects of an Epipen do not last very long and injections may need to be repeated before the situation can be managed by a rescue team. This situation should be discussed with your doctor before embarking on a remote adventure.

Many runners are bothered by dry eyes. People who have undergone laser surgery are especially at risk, more so during the months following the procedure. Extended events at high altitude, in dry or windy regions are the most dreaded. In extreme situations, dry eyes can cause an inflammatory reaction and significantly impair vision.

Wearing glasses during the day and at night is therefore a must to prevent this problem. Photochromic glasses are a good choice for long events. The use of lubricating eye drops (Systane Ultra, Lacrilube) is therefore highly recommended and should be considered in at-risk individuals, ideally before the onset of symptoms.

Vasomotor rhinitis is profuse, clear nasal discharge that occurs in response to various non-allergic factors such as air pollution, dry air and temperature changes (especially cold weather). In addition to the unpleasant runny nose, you may also experience post-nasal drip in the back of your throat that can cause nausea and coughing. Prescription nasal spray solutions of Ipratropium (Atrovent nasal spray) are effective at reducing this problem.

Many athletes resort to medication on a regular basis to treat a variety of conditions. It is very wise to discuss the absorption and elimination mechanisms of these medications with your family physician to ensure that they remain safe to use during prolonged exertion. Medications that are eliminated through the kidneys can become dangerous when dehydrated, and it may be necessary to substitute these medications.