Tendinopathy or Posterior Tibial Tendon Dysfunction? A Condition Like No Other (Part 1/2)

Tendinopathy or Posterior Tibial Tendon Dysfunction? A Condition Like No Other (Part 1/2)

The posterior tibial tendon is the only tendon in the human body (to my knowledge) that is able to stretch permanently without breaking. 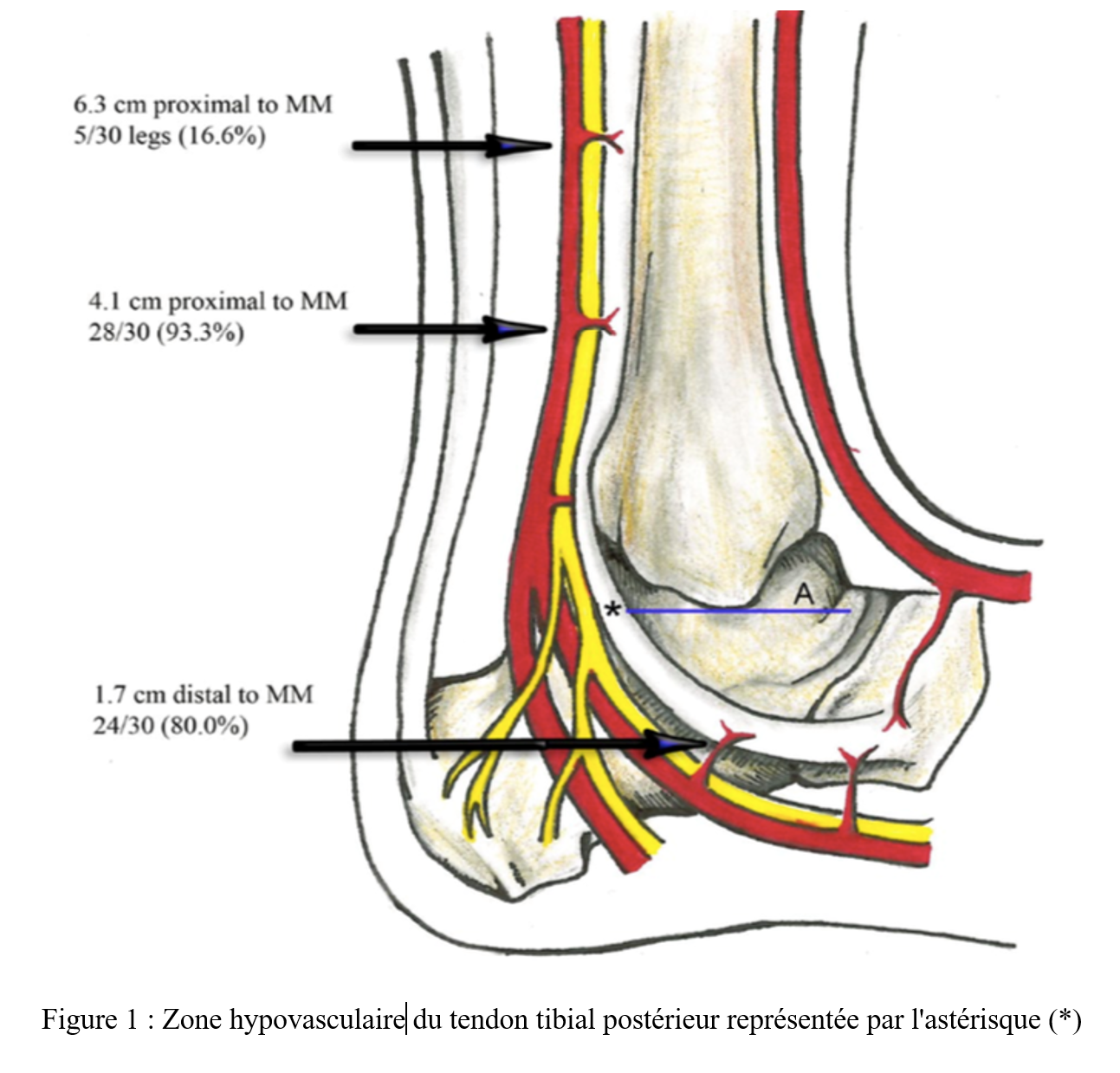 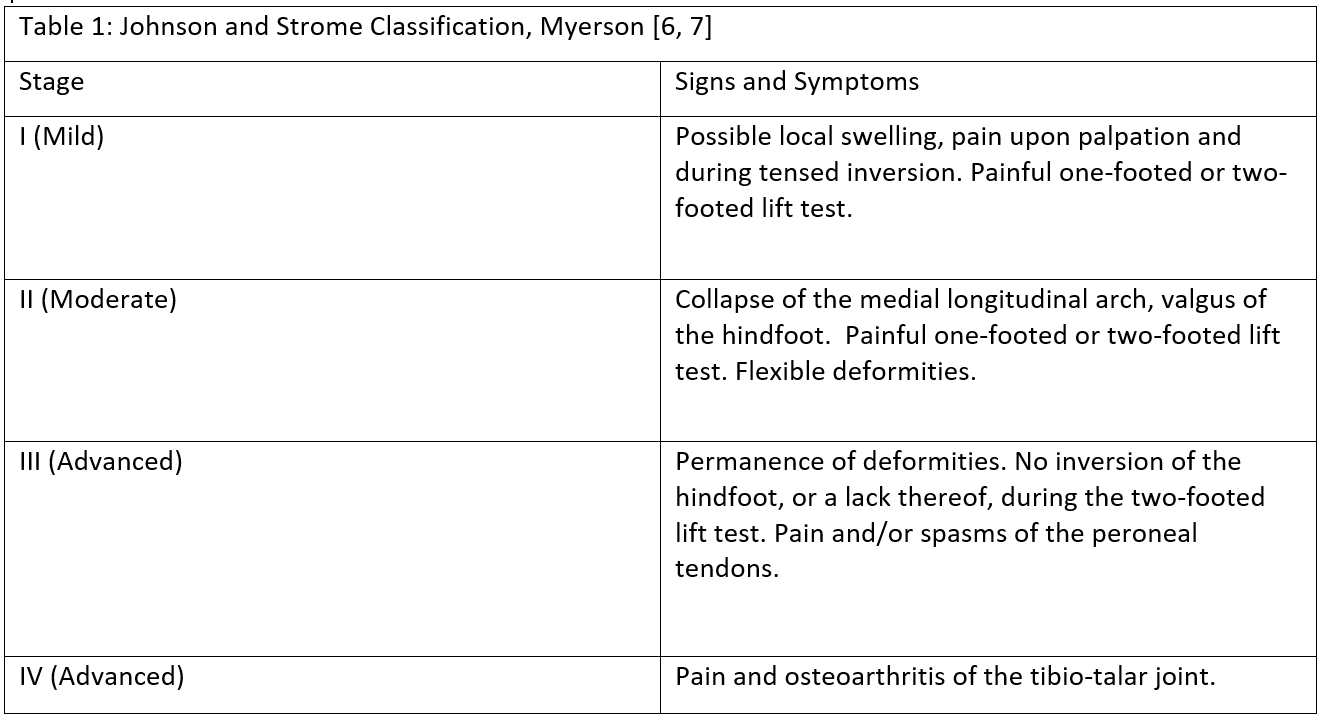 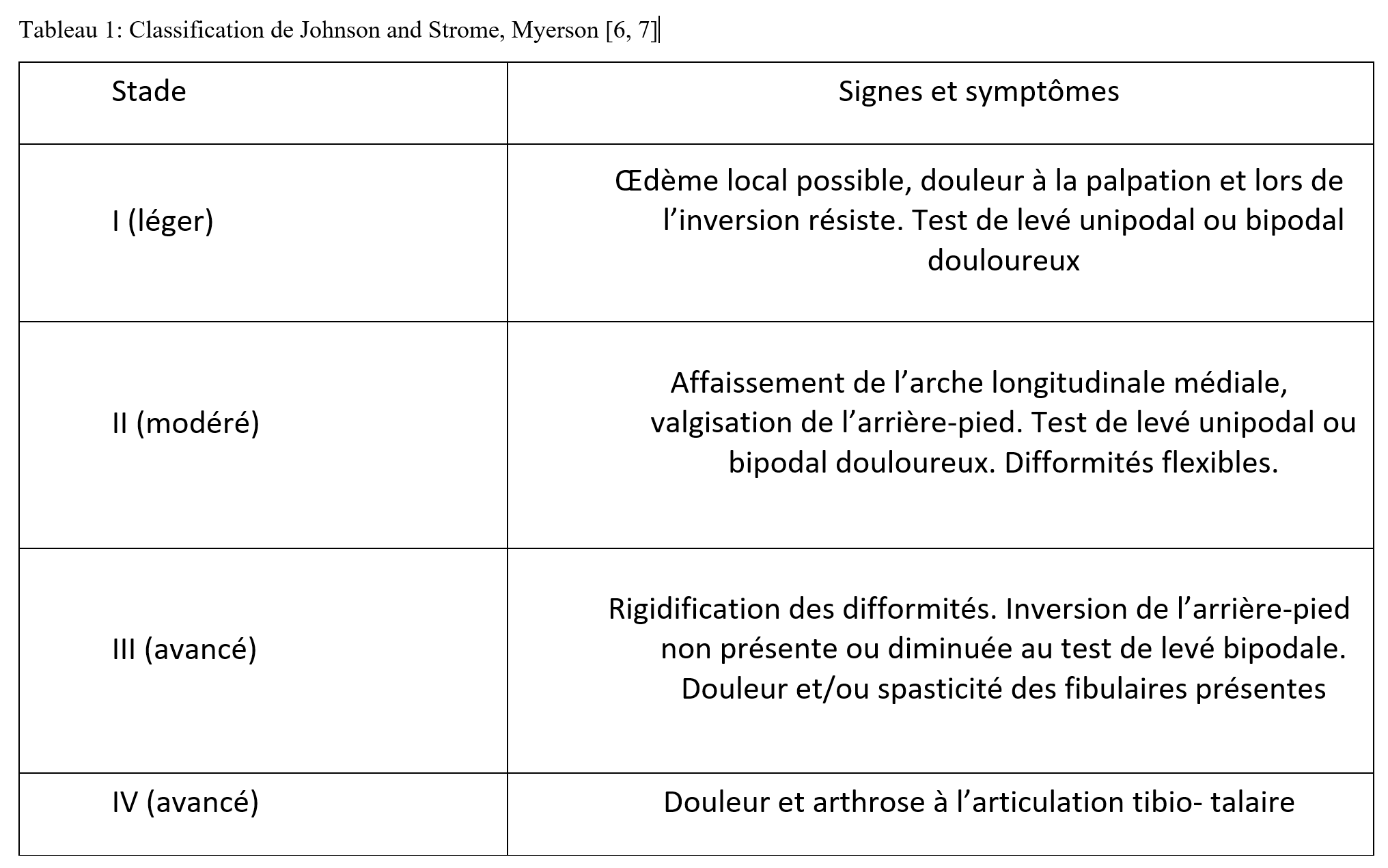 This condition affects 3.3% of women over 40 years of age [6] and is associated with inflammation followed by degeneration (chronic tendinitis) of the posterior tibial tendon. This leads to difficulty and eventually to an inability of the posterior tibial muscle to achieve inversion of the hindfoot. Furthermore, this causes both distal and posterior pain at the medial malleolus, leading to a decrease in the quality of life of sufferers [7].

In fact, one must keep in mind that all posterior tibial tendon disorders begin with posterior tibial tendon tendinopathy that has not been adequately treated. The biggest problem is when the inflammatory stage becomes truly degenerative and the tendon becomes elongated. The spring ligament and cervical ligament of the talus are damaged by an increase in stress caused by the failure of the posterior tibial tendon to invert the hindfoot and support the medial longitudinal arch. When your patient says that they feel like their foot has collapsed or that their heel is pointing more inward than before, you are probably dealing with a Stage II Posterior Tibial Tendon Dysfunction. Table 1 clearly summarizes the different stages of this condition and the typical signs and symptoms of each.

In short, posterior tibial tendon dysfunction manifests itself first as tendon damage (tendinitis leading to chronic tendinitis), then progresses to ligament damage and eventually, in the more advanced stages, to joint damage. There is a kind of breaking point that occurs between stages II and III, where the previously workable condition becomes unyielding. Once a patient has reached stages III or IV, there is no turning back and surgery (fusion of the cervical and/or talocrural joints) is often the best option to relieve the patient's pain. For this reason, it is essential to optimize treatments during stages I and II and especially during the stage where the condition is still classified as tendinopathy (stage I).