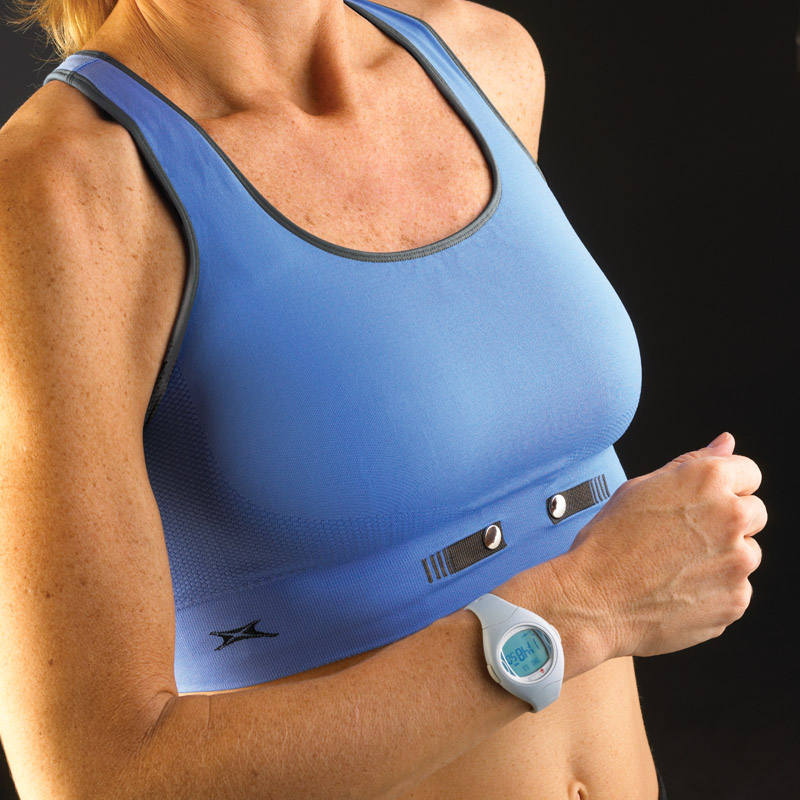 Don’t panic, at least not yet! I’m not shooting for a new specialty. However, I do believe that this topic is extremely fascinating considering the parallel that can be made with sports footwear and foot orthoses.

2. Rely on simple logic: Bras prevent breasts from “sagging.” Women should wear bras if they wish everything to keep “pointing up” and feel less pain when they run. (Cooper’s ligaments, the skin as well as the platysma help maintain the structural integrity of the breast. Could external support bring about, over the long term, the opposite effect, which is not soliciting enough natural mechanisms to that effect?)

3. Minimize the importance of potential negative effects: Are you aware of any side effects associated with wearing bras? I wasn’t, at least until I came across the following research. (Evidence is very weak! Is there a correlation? Is this factor actually relevant or just a myth? Maybe so, maybe not. However, isn’t man yet again the sole responsible for managing the side effects of his own interventions?)

4. Make sure the message withstands the test of time: Wearing a bra has become the social norm … (Most women even wear bras before they actually need to just to fit in.)

The question brought up by Jean-Denis Rouillon, Laetitia Pierrot and Olivier Roussel as part of two doctorate dissertations was relatively simple:

Their one-year preliminary study targeted 33 women aged between 18 and 25 (an additional three-year study comprised 50 women, 18-30 years). They sought to understand the effects of no longer wearing a bra, both in their daily lives and during sporting activities. The biometric measurements showed that women reacted well in terms of comfort and aesthetics. Additionally, contrary to popular belief, not wearing a bra did not result in sagging; quite the opposite rather. Breasts were firmer and tended to move up instead! These clinical changes appeared to be linked to stronger connective tissue and better breast fixation capability, which adapted to the new mechanical constraints imposed from no longer wearing a bra.

Their conclusion was as follows: "Our results confirm the hypothesis that the bra is a false need. Medically, physiologically, anatomically, the breast does not benefit from being deprived of gravity. Instead, it languishes with a bra." Caution: Don’t go out burning your bras just yet (or your shoes). Although The Running Clinic has always been a provider of knowledge and practical guides; this time, we are just relaying information!

So many questions with so few answers…