Minimalist Shoes: Do They Really Get Your Leg and Foot Muscles Bigger?

It is common belief in the minimalist/barefoot running community that transitioning from maximalist to minimalist shoes will cause an increase in muscle volume at the foot and lower leg. Even if countless anecdotal pictures have been posted over the web, scientific evidence remains scarce on the topic. On the other hand, some (anti-minimalism) health professionals are convinced that wearing minimalist shoes do not make any difference on foot muscle volume/strengh. You don’t know what to think? Well this study, hot off the press of “Clinical Biomechanics” and showing an increase in foot and leg muscle volume may just help your thinking process… 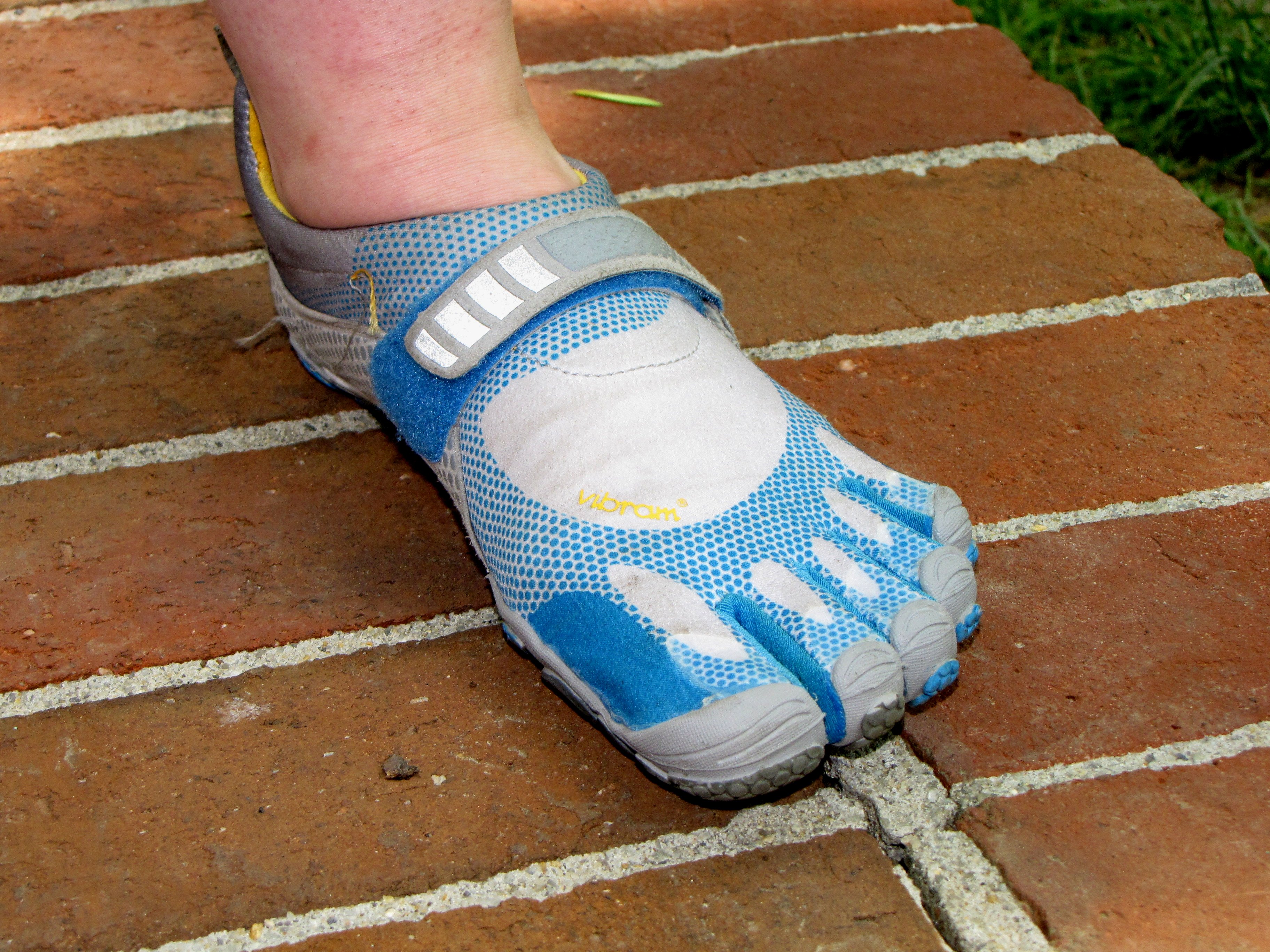 Previous knowledge on the topic

Other studies had investigated the matter in a different way. In 2005, Bruggemann et al. found that warming up before sports activities using Nike Free during 5 months (compared with a control group) caused an increase in toe flexors and ankle plantar flexors strength. They also reported that toe flexors (flexor hallucis and flexor digitorum) increased their size (cross-sectional area) by 4%, along with an increase of 5% in abductor hallucis and quadratus plantae. More recently, Miller et al. (2014, Journal of Sport and Health Science) randomized 33 runners to maintain their traditional shoes or transition to minimalist shoes (Merrel Trail Glove or New Balance Minimus Road: Minimalist index=80%) for a 3-month program. An increase in muscle size was also found in that study (21% in flexor digitorum brevis and 18% in abductor digiti minimi). Finally, a study published just a few months ago (Johnson et al. 2016, Orthopedics & Biomechanics) randomized 44 runners to either Vibram Five Fingers (Minimalist Index=92-100%) for a (too) rapid 10 weeks transition or to maintaining their traditional shoes. The group wearing Five Fingers increased abductor hallucis cross-sectional area by 10.6%, but no difference was found in other muscles. Interestingly, they reported that runners with greater size of their intrinsic foot muscles were less injured during the transition.

A few days ago, a new study was accepted for publication in Clinical Biomechanics. In their study, Chen, Sze, Davis & Cheung recruited 47 traditionally shod runners aged 20-45 years old (running >20km/wk for at least 12 months). To participate in the study, runners had to have never attempted barefoot or minimalist shoes running. They were then randomized to one of 2 groups for a 6-month running program :

Minimalist running shoes (MRS, Experimental group) : Participants received a pair of Vibram Five Fingers (Minimalist Index=92%) and had to gradually increase the proportion of their training with those new shoes. They completed their weekly volume using their traditional shoes. In addition, they received an exercise program to be performed 3x/week. Exercises included calf muscles strengthening (sets of 30 reps) and dynamic balance drills.

Traditional running shoes (TRS, Control group) : Participants kept running in traditional shoes as usual. They also performed the same exercise program as the experimental group, to ensure that potential between-group differences were isolated to the use of minimalist shoes.

For the duration of the study, all runners had to report their running mileage, speed and footwear compliance using an online platform. Prior to the study and after the 6-month training, foot and leg muscles volume were measured using magnetic resonance imaging (MRI) by a blinded assessor. Authors measured extrinsic foot muscles (EFM) volume by including all muscles below the knee and above the lateral malleoli level; intrinsic foot muscles (IFM) were limited to the foot level, and were further analyzed by separating the forefoot and rearfoot muscles. All measures were normalized to body mass to account for possible variations after the 6-month program.

What did they find?

Following 6 months of training with minimalist shoes, participants in the MRS group displayed a significant increase in IFM volume by 8.80% (P < 0.01), which was attributed to forefoot muscle volume more than rearfoot muscle volume. In addition, EFM volume also increased by 7.05% (P = 0.01). Participants in the TRS group had no changes in either IFM or EFM volume after the 6-month training period.

A total of 9 runners dropped out of the study (19.1%), but apparently none because of pain (8 related to schedule issues and 1 lost to follow-up). Authors reported no injuries in either group during the study period. Interestingly, the authors found a significant correlation between compliance to minimalist shoes in the MRS group and leg muscles (EFM) volume increase  (r = 0.51, P = 0.02). However, only a non statistically significant trend was found for foot muscles (r = 0.39, P = 0.09).

What does this study add to the current knowledge?

Unlike previous studies who looked at specific muscles, this study considered the whole muscle volume included in the lower leg and the foot. In addition, they provided a 6-month period and gradual increase in running volume using minimalist shoes. Increases of 8.80% and 7.05% in foot and leg muscles, respectively, are likely clinically significant and may help in preventing lower limb overuse injuries. However, this is purely hypothetic and needs to be tested through longer-term follow-up with the whole cohort of runners.

What was done well

What could have been done better?

Sadly, the transition program was not reported in the article. It would have been highly relevant to help clinicians in orienting their patients through safe transition to very minimalist shoes (Minimalist Index=92%). Furthermore, we do not know if runners of the MRS group were performing all of their training using the Five Fingers at the end of the 6 months, or just parts of it. Maybe the detailed training program will be available in the official published version of the article.

Still, this was a well-designed study that provides more evidence on the effects of minimalist shoes on foot and leg muscles volume. With shoe manufacturers shying away from minimalist shoes (because of injuries, as they say? or rather because of profit?), we need more studies like this one as well as follow-up on potential prevention of further injuries to get them to offer more minimalist models on the market. They are becoming more and more difficult to find, unfortunately…

Vice-President, Director Research and Development at The Running Clinic