Hydration 1 of 4: Endurance Events and the Magic of the Human Body

I have just finished reading a book of priceless scientific value authored by the most prominent expert in the field, Dr. Tim Noakes. The work titled “Waterlogged, The Serious Problem of Overhydration in Endurance Sports” is the must-buy of 2012. All health professionals (including nutritionists) who still make recommendations such as the following should read this book for their professional conscience: “it is essential to drink fluids if you want to keep the same weight during endurance events,” “you must drink before you get thirsty,” “losing over 2% of your body weight is detrimental to performance and your health,” “it is recommended to drink over 800 ml/hour,” “IV treatment is the best choice for marathon runners who are dizzy or who faint.” 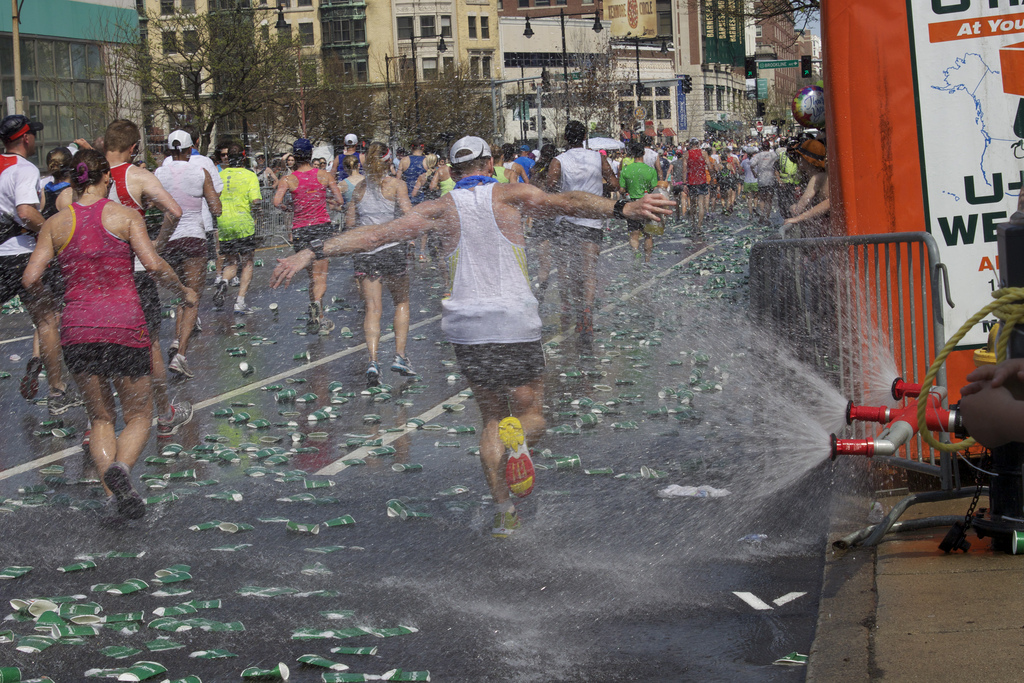 In the wake of our past ticket titled “Drinking before getting thirsty?” (http://www.therunningclinic.ca/blog/2011/10/boire-avant-d’avoir-soif-drinking-before-getting-thirsty/), we have written a series of posts on hydration for marathon runners. This week, we present the first of four tickets:

For further enlightenment with regard to the fundamentals of this subject, you will find below quotes from Tim Noakes’s last book. It reads extremely well and features rigorously supported arguments that will put you off or even shock you at times. Humans developed as long distance runners especially well adapted to run in extreme dry heat in the middle of the day while drinking infrequently (p.35)

Sweating during exercise cause water loss, which stimulates thirst. When fluid is available humans can drink enough to satisfy their thirst.

In conclusion: Runners should aim to drink ad libitum (according to thirst) 400-800ml/hr (13.5-27 fl oz/hr) with the higher rates for faster, heavier runners competing in warm environmental conditions. (p.334) Next week: “Dehydration, Performance, Cramps and Sodium”