Are you running at the right rhythm? Blog #2 of 2

Reduce the risk of injury

There are many strategies for preventing injuries: progressive training, strength training, using appropriate running shoes, etc. Experimenting with your ​​step rate can also be a first step toward training without injury. The explanation: When we run at a given speed, we produce a certain amount of power. By dividing this power over a larger number of steps (using shorter strides), the measured stress at the moment of impact will be reduced. It’s math. In addition, this reduces how far the centre of gravity oscillates between its supports. In other words, we fall from a shorter distance for each step.

That is the theory! What happens in practice? 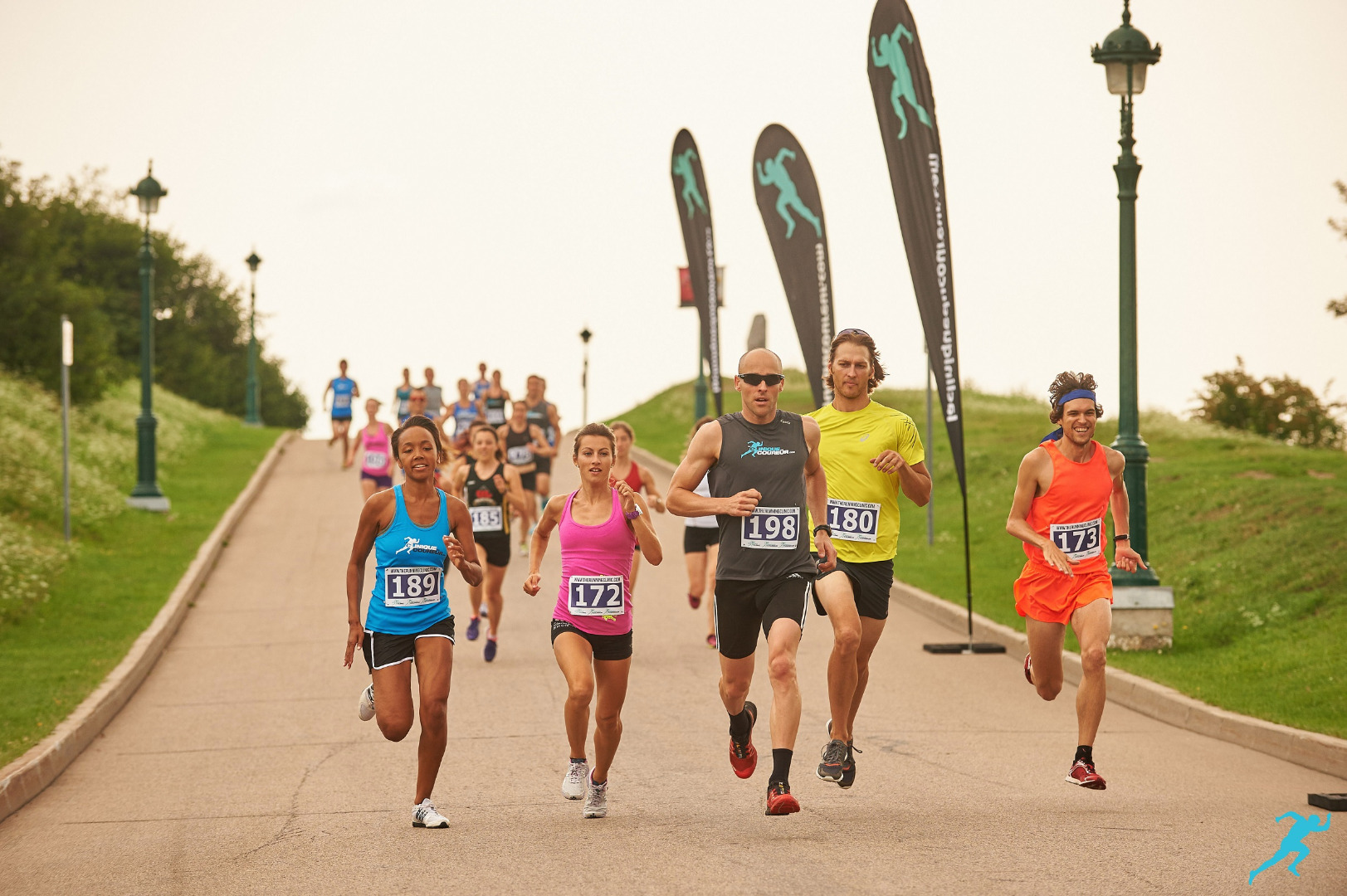 Researchers from the University of Wisconsin (1) recently explored the benefits of running with an increased step rate. As part of this experiment, 48 recreational runners (25 km/week) were recruited. After determining each runner’s preferred step rate, the scientists asked them to increase the latter, and decrease it after by both 5% and 10%. The mechanical stress placed on the hips and knees was estimated for each change in step rate. Only a 10% increase reduced the stress exerted on both joints. If you are prone to injuries, you may be interested in trying this too; your run will not suffer for it! Indeed, another study reassures us on this point (2). After evaluating the step rate that the volunteer runners naturally chose, the study authors asked them to increase their step rate by 10% for 6 weeks. No effect on their energy consumption and no decrease in speed were observed.

To prevent running injuries, it is also important to consider the foot strike. Some recent sources recommend a forefoot strike, which relieves the upper joints and possibly improves running economy. Many runners wonder how they can change the way they run. A recent study (3) provides a simple answer to this question: experiment with your cadence. The authors demonstrated this by exclusively recruiting runners who used a heel strike. Simply having the runners increase their step rate by 10% produced significant changes in foot inclination at foot strike. Almost 20% of these participants spontaneously changed from a heel strike to a mid-foot or even a forefoot strike. When their step rate increased by 15%, 30% of the runners converted to a different foot strike. Of course, such changes must be implemented gradually. Remember, a forefoot strike increases the stress on the foot and on the legs’ posterior muscles and tendons. It would be a shame to replace an injured knee or hip with a foot injury or an Achilles tendinitis.

The easiest way to determine your step rate is to count the number of steps taken in 10 seconds. To reach 180 steps per minute, you should take an average of 30 steps. However, you should increase your rate progressively. If you take 25 steps in 10 seconds, you can try to increase this number to 27 or 28, without increasing your speed. According to the general consensus in the literature, this 10% increase may already be beneficial. Some GPS watches offer a “step rate” option which could help you put this into practice. If you use a treadmill, you could also rely on a metronome, like a musician. These methods; however, lack spontaneity. According to recent research (4), music can provide a much more enjoyable method for achieving this goal. To some extent, we unconsciously adapt our cadence rate to the rhythm of music. This effect is more pronounced among women and music lovers. To put this method into practice, simply go to bpmdatabase.com and build a playlist with a slightly faster tempo than your own. If you have a natural step rate of 160, you can test music with a tempo of 180, and if you are prone to injury, this may even help you prevent injuries. If you’re looking for a quick selection, try the title song of the Beatles’ 5th album. There might as well be a good reason why the song is called “Help.”