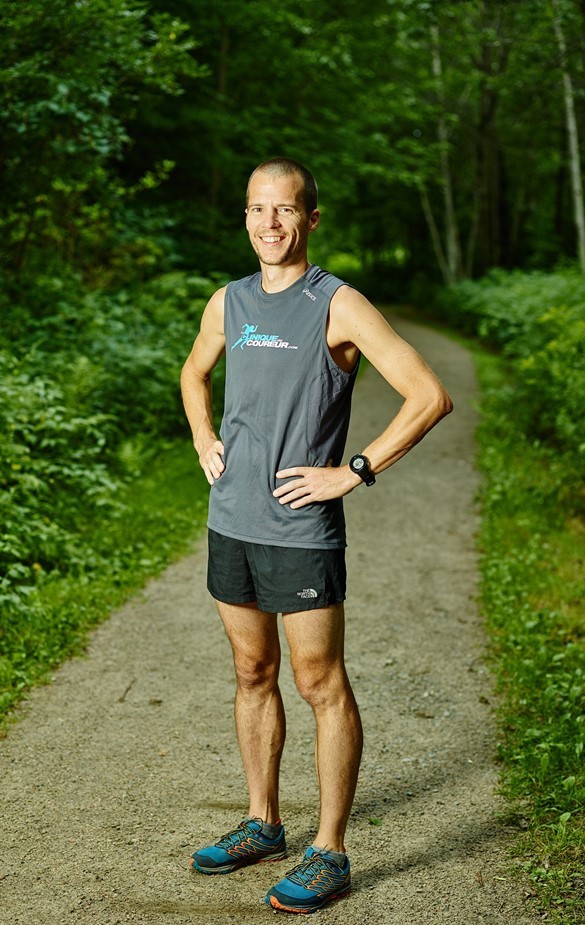 Collaborator at The Running Clinic™ since spring 2010, Lee-Manuel ensures good website and social network content by perpetual relevant elements researches, shoes to recommend, new contacts to establish, etc. His goal is to share the happiness that running keeps giving to him with people by guiding them towards a beneficial practice of the sport.

Sports lover in general, he's a running passionate since year 2003 when he decided to run his first race: a marathon! Despite the difficulty of the surprise, he's been stung by the sport. He discovered very quickly the importance to be well informed about practicing the discipline. Running community in Quebec city led him to run into Blaise Dubois (The Running Clinic) and his opinions surrounding running. Strong of many good advices, his race times dropped positively in the last few years. Member of running club "Le Coureur Nordique" since 2009, he also fell for a new sport: snowshoe running, which led him to keep training good during winter despite snow conditions. Such an uplifting passion led him to attend an increasing number of ultra-trail events.